Unit Saum RGMA for Ruffed Grouse covers approximately 1,230 acres, and the majority of this unit is comprised of public land. The dominant land cover for Unit Saum RGMA is woody wetlands. From September through December, this unit receives an average of 1.67 inches of precipitation a month and the heaviest rainfall is in September. Temperatures during hunting seasons typically range from 9°F to 54°F. 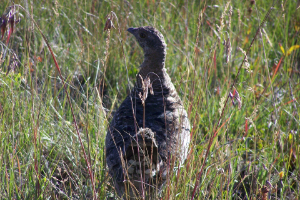