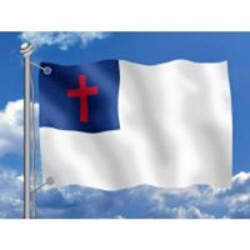 The Deep Gap Trail begins at Mt. Mitchell State Park with the Deep Gap Campground as the northern terminus.  The challenges begin from the trailhead marker as the trail winds through a series of wooded picnic areas and gravel paths.  It is not clearly marked which path is the actual trail and which leads to a picnic table.  Have fun with this and you will make it through the maze eventually.  Once you're off the gravel, the real trail begins.   It treks closely to the Black Mountain ridge line but there are plenty of rugged ascents and descents. The GPS came up with a little more distance than the park service for this trail but nor more than a half mile. We stayed on the trail strictly for the most part. This adventure was an out and back day trek in mid-September.  The weather was very cooperative as we enjoyed bright sunny skies with some mid-day and afternoon clouds.  While the clouds threatened of rain later in the day, we did not encountered any other than a few drops here and there.  Temperatures where in the mid-70s with refreshing low-70s as we assaulted each peak.The trip file only covers the trip out. Data was recorded with iPhone 4s and the EveryTrail Pro app. Cell service of some sort was available at many spots during the trip but 3G was only in a couple of places for darting seconds. So it might be reasonable to expect text service but voice or data was not highly successful. This trail is a major undertaking especially an out and back day trek. The pictures demonstrate the ruggedness of the trail. In contrast the climate, ecology, and prize-winning views are quite the reward. It is far more strenuous, in my opinion, than bothMitchell Trail or Old Mitchell Trail. If doing this in a day, plan to spend most of the daylight hours and make as much time early where the trail is easier. The journey offers plenty of rocky, rugged terrain which ventures through tall, old-growth forests with moss covered ground and fallen trees. Expect smells of evergreen in the cool air which is greatly appreciated as you catch your breath. A couple of natural rock cutins where folks have setup firepits make for great lunch or rest stops along the way. It appeared to be a popular trail. A couple of guys and their dogs were making and out and back from Carolina Hemlocks up Colbert Ridge to Mt. Mitchell and back and several others where camping at Deep Gap. One father and son were hiking to Bowlens Creek where they had a pick up arranged. I took this trip with my two teenage boys and 23 yr old nephew. We started from the information sign where we had to park and headed into the campground to access trail TR190 - Mt. Mitchell Trail. From there we took a left on Higgins Bald Trail. After crossing Setrock Creek we setup camp at the second fire ring on the left. It's a little off the trail but nice and spacious while just a quick walk back to the creek for water. The next morning we continued on Higgins Bald Trail joining Mt Mitchell trail again co to using the ascent to the top. After passing Buncombe Horse trail on the left, we turned left onto Commissary trail where we setup camp for night two. After setting camp, we continued on Commissary Trail to the State Park office where we took the trail across Mt. Halfback (6,630 ft) to the restaurant. At 2:00 on Sat afternoon we had a 30 min wait for a table but it was well worth. Awesome steak burger. We then continued the trail to the top. Total hike distance was 10 miles once we were at the top.

We left the trail head at Lake Bee and took the trail head to Wildlife Drive and then returned. The trail actually continues on across Refuge Visitor's Drive to the photo blinds at Martin's Lake but we didn't go that far on this trip. Very scenic and several places to stop, sit and rest along the way. We took this trip as backpacking prep for an upcoming adventure.  We parked at the picnic shelter at the top of the hill as you enter the Lake Bee recreation area.  From there we hiked down Wildlife Drive and continued to the end of the pavement.  From there, we turned right on the dirt road  and continued the loop around the Oxpen ponds back to Wildlife Drive and then back to the picnic shelter.