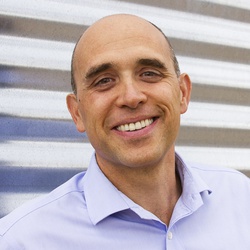 Tough Ascent! Steep from the beginning. Short, but to the point. Gorgeous forest and trail ladders make this a very interesting and fun hike. View from the summit is typical of the Adirondacks, beautiful. Crane Mountain Pond is a jewel! Had it to myself, icky mud and leaf bottom in places but a perfect place to swim in solitude. Lovely stands of conifer along the shoreline. Wildflowers in bloom. While this peak isn't a 46er, I found it to be more challenging than Cascade & Porter! Relentless boulder and root choked ascent. Loved it :) One of my favorite overall hikes. Partly sunny, low winds on summit. Low 70s to upper 60s. Trail was very wet where the stream feeds into the pond. Mud and running water almost the whole way back to the junction with the red trail. Plenty of water available. No bugs.

Cascade Mountain Trail is a popular hiking trail to access Porter Mountain and Cascade Mountain peaks. The trail is exposed and steep with easy rock scrambles along the way. Hikers will be treated to amazing views and a waterfall on their way up. The summit can be crowded during the summer months.

The trail is a popular destination for Lake Placid hikers and ski enthusiasts. Check the weather before going as cold conditions and sudden weather changes are frequent.

The trailhead can be reached from Route 73 before reaching Cascade Lakes.

Giant's Nubble Out and Back

Overview
After 650 feet of elevation gain in under a mile, you'll be rewarded with your first destination at the southeastern part of a subalpine pond known as Giant's Washbowl. This wooded, quiet pond is a great spot to take a break before climbing the second half of the trail. When you reach Giant's Nubble, you'll be given spectacular panoramic views of the Washbowl below, the Adirondack High Peaks, and the Keene and Ausable Valleys.
Description
The trail follows the Ridge Trail to Giant Mountain (a trail commonly used to climb Giant Mountain) from Highway 73 to just past the Giant Washbowl where it turns off to the left and runs along a forested ridge for just under 0.5 miles until it reaches a rock outcropping called "Giant's Nubble".

The first 0.7 miles of the trail to the Washbowl is quite steep with lots of rocks and roots to climb over. There isn't much in the way of scrambling or bouldering, but it can be slippery and muddy when wet. Just before the Washbowl, the trail levels out with a nice view of the valley below.

The trail then crosses a bridge at the southeast end of the Washbowl (the Nubble can be seen across the lake as a rock outcropping on the hill above), and continues uphill along the Ridge Trail for 0.3 miles. At the junction, the well-marked trail to the Nubble goes to the left, and steadily climbs through the woods for 0.4 miles or so. There are a couple spots with nice views of the Washbowl and the valley below. There is one spot which requires a scramble up a muddy, rocky face with some slippery roots (harder coming down), but other than that, it is quite tame.

You'll reach a junction with a trail that heads down and to the right (connects to the Roaring Brook Trail), but follow the signs pointing left towards the Nubble. A quick 0.1-mile jaunt along the top of the rock outcropping will get you to the destination and great views!
Contacts
Land Manager: NY DEC - Region 5 Office