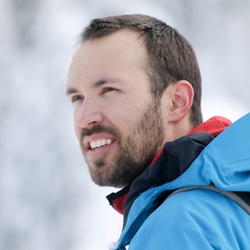 1. This walk starts at the Pen-y-pass car park situated at the top of the Llanberis Pass on the A4086 road at grid reference SH647557. You can park here, but with increasing prices and difficulty finding a space unless you get there early, a better option may be to park at the larger Park and Ride car park lower down in Nant Paris at grid reference SH607582. From here there is a regular bus service that will take you up to Pen-y-pass.

2. From the Pen-y-pass car park head west along the sign posted Pyg track. The path ascends a fairly easy gradient for around a kilometre heading in the direction of the pointy Crib Goch, now in view. The views to the right are down through the Llanberis Pass to Llyn Peris and Llyn Padarn.

3. The Pyg track is thought to get its name from the Pen y Gwryd Hotel at Pen-y-pass, a hotel steeped in mountaineering history. It was the base for Hillary and Tenzing while training for their ascent of Mount Everest.

4. After a kilometre the path heads up through a much steeper and rocky section before bending left and eventually reaching the wooden stile at Bwlch y Moch.

5. From Bwlch y Moch on a clear day you get your first glimpse down to Llyn Llydaw with the twin peaks of Y Lliwedd towering above on the other side of the horseshoe. The Snowdon Horseshoe is a result of a glacial hollow by the name of Cwm Dyli, one of many glacial hollows around Snowdon, the ridges of which give the massif its unique starfish shape when viewed from above.

6. At Bwlch y Moch do not cross the wooden stile and instead turn right and start your ascent of the east ridge path of Crib Goch. There is a warning sign here intended for those who are not aware of the challenging ahead of them.

7. The path starts fairly easy and zigzags its way up on to Crib Goch's eastern side. After a while the path takes a turn to the right and leads to a chimney where hands-on scrambling is required to reach the rock above.

8. The rock above here is one of my favourite ascents. The rock provides a fun and exciting mountain adventure playground. There is now a few hundred metres of steep and knobbly rock which you have to scramble up to reach the narrowing ridge crest before eventually topping out on the airy eastern summit of Crib Goch.

9. The eastern summit is not the highest point on Crib Goch but it is the one place where people take a breather before tackling the knife edge ridge that now leads off to the south west. The views on a good day from here show your entire route ahead and it really is an amazing sight.

10. This incredible knife edge ridge provides an exhilarating experience you will never forget. If you get jelly legs, as I do, then you can step down slightly to the left and use the top of the ridge as a handrail. Please be patient of people who are less experienced than yourself.

11. After around a hundred and fifty metres along the knife edge ridge you will realise you are at the highest point of the ridge and the true summit of Crib Goch at 923 metres above sea level. Actually that is a lie; you probably will just cross over it with such immense concentration that you won't even notice it!

12. Another a hundred metres you will come to the end of the knife edge ridge and reach The Pinnacles. There are three rock pinnacles here and you can either be extremely brave and scramble over them or take the easier route down to the left slightly and around them. This may sound easy but does also still involve some steep hands on scrambling down to a gully where you bypass the first two pinnacles.

13. Once you pass the first two pinnacles and cross the gully climb up the other side to round the final pinnacle and eventually reach the flat open col of Bwlch Coch. Looking north over the steep cliffs here you get a great view in to the desolate Cwm Uchaf and the tiny Llyn Glas. The views across to Y Lliwedd's twin peaks and Snowdon's pointy summit are also captivating.

14. Continue in the same direction west along the path and on to the eastern ridge of Garnedd Ugain. There are some fairly hands on scrambles along this ridge too though none as exposed as Crib Goch. Make sure you stick to the top of the ridge and don't start heading to the left. As you get closer to Garnedd Ugain you may hear people ascending a steep path to your right from the Clogwyn y Person scrambling route.

15. Pass the huge buttress of rock to your right and continue your ascent towards Garnedd Ugain. After a while the path starts to get much easier and you find yourself on top of a wide grassy plateau with a white trig pillar marking its highest point on Garnedd Ugain.

16. From Garnedd Ugain's summit trig pillar head south west for around three hundred and fifty metres to join up with the busy Llanberis Path. Head left and after just twenty metres you will find yourself at the Finger Stone on Bwlch Glas which marks the top of the Pyg Track and Miners Track.

17. Continue south ascending the main path with the railway on your right. After