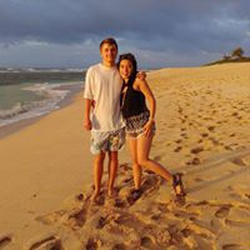 Long but amazing day. Take this route on a clear day. A little bit of class 3 but it’s all easy. Only rough part was coming down Trappers to the ridge that connects X Mountain which was mostly due to some snow on the bushes otherwise it would’ve been a breeze. I wore a helmet but I don’t think it’s required.

Overall this is a new top two favorite hike for me.

Road: I would say it’s suitable for most vehicles, unless you have a lowered or particularly lower vehicle you should have little issue with this. I cruised up in 1987 Chevy Nova. Some bumps for sure but if you take it slow it’s not a big deal.

Trailhead to Thornton Lake Camping Area: The trail starts out very easy, I believe it was a decommissioned forest road. It’s very mild for 1 mile then you get to a nice bridge over Thornton Creek. The next 1.2 miles is slightly more incline than the first but still easy. Once you hit about 2.2 miles it starts to get real. You’ll ascend through a nice forest that is pretty lush green. It’s fairly steep but not overwhelming. You won’t really get much views at all until you’re towards the ridge/junction, occasional peek a boos. I didn’t see the bear that others have posted but I found some fresher scat on the route up trappers, id keep your head on a swivel. When you stay going towards the lakes you go up a tiny bit until you get to a great overlook lunch spot. You can see 2 of the lakes along with Trappers Peak, X Mountain and Mount Triumph. If I were to do this hike again I would stop there but I decided to drop the 400-500 feet to the lake camping area. It’s pretty steep with some slippery sections. It had a nice view down there but I probably wouldn’t use all that effort unless I had plans to overnight down there. Trail was muddy at times but I wouldn’t call it a muddy trail.

This route is pretty steep. Very easy to follow all the way to the summit. There are a few class three sections where your hands will have to be used but nothing crazy at all. No snow on this trail. The views at the top are unbelievable. The hike was nice but the views take this hike to a whole different level. Panoramic 360 unobstructed. Views of the Picket Range, Newhalem, can see a tiny bit of Diablo Lake, Snowfield Peak, Jack Mountain and the list could go on forever. There are so many peaks in view, tons of glaciers. This hike will show you why the North Cascades are nicknamed the American Alps. Make sure to go on a mostly sunny/clear day, it’ll make all the difference. I was up between Trappers and X for about 4 hours, I just didn’t want to leave. The best views you will get within a 2.5 hour drive of Seattle. The top of the picket range was in clouds most of the time but they kinda came out towards the end of my stay which I was really happy about.

The hardest part here is the down climb to the ridge from Trappers. It’s class 3 for sure with a good drop if you slip. Unfortunately it had some snow from the past weekend, which made it a little dicey but still doable. Once you get to the ridge it’s such a stunning walk from there to the base of X. There is no real trail that I could follow, you could walk along the ridge if you aren’t scared of heights or walk on the south side down a little bit off of it. Easy terrain to walk on. The scramble up X is really just walking up and picking a way. I think there really was any scrambling. Maybe one easy move at the top. The ridge and X is snow free, just the descent down Trappers to the Ridge has a dusting, again it’s enough to make it a little extra difficult. I ended up going back up a different route than I went down. If you can get down it, it’s much easier coming back and up it.

Great beginner scramble, I brought a helmet just because, especially since I was solo. I’d probably recommend one but it’s really not necessary.

This is now in my top two favorite hikes and the best viewpoint I have been to. The snow over the weekend made the North Cascades look so sick and since this peak is just low enough it didn’t pick up much but the other towering ones did. Do this hike now! Before the real snow comes!

My Gaia totaled 13.3 miles and 4500 feet gain. I’m not in amazing shape but this pushed my physical abilities pretty good. Be ready for a long day but it’s incredibly worth it.