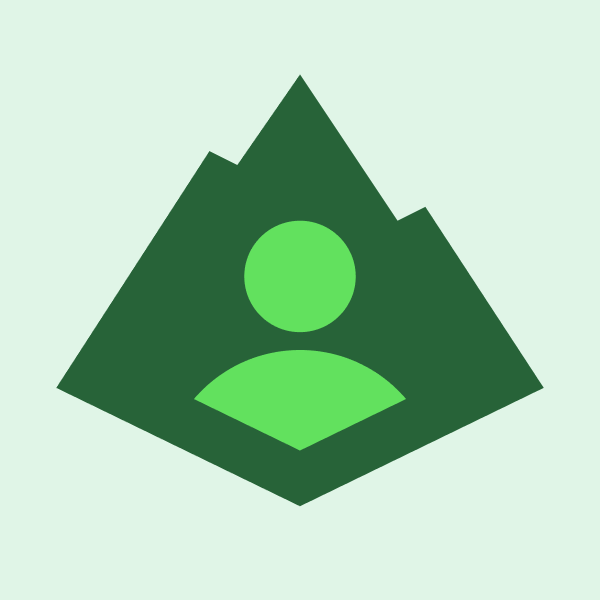 Took us about an hour from Paria River to top (in the dark...). Intricate but good route, follow as shown. Tricky cliff band 3/4 of the way up.

This is another route I scouted from topo maps and Google Earth but had no idea whether it would go until we got there and tried it out. It ended up being a fantastic route with fun routefinding and only a couple short, straightforward climbs through a cliffband near the top. We found a couple cairns through this trickier stretch indicating we were not the first to find this route. It is probably best to have a GPS coordinate for the base of the route. This route uses two scree slopes to gain the tops of two cliff bands near the river and then traverses into an amphitheatre-like drainage (see photo of route below). From here take the path of least resistance through many short (3-6 ft high) cliff bands to gain the prominant ridge. A hard ~10 ft thick layer of sandstone may appear difficult, but there is a wide crack slightly left of the ridge which can be used as a ramp. From here traverse left and then up the prominant scree slope (left skyline in photo below). Near the top the scree slope narrows considerably and you will see the final cliff band you need to climb up. There are a few ways up but I found the easiest route to be a slightly exposed climb up and over a nose of rock (easy just watch out for loose rocks underfoot). From here more generic Hayduke-style scrambling takes you up to the trees and dunes of the Vermillion Cliffs Plateau. Be sure to find a good vantage to enjoy the well-earned view up and down Paria Canyon! This route ascends 1800 ft in 1.0 miles from the Paria River to the Vermillion Cliffs Plateau. It took us about an hour to ascend for the first time in the dark (so should be even easier to decipher in daylight).