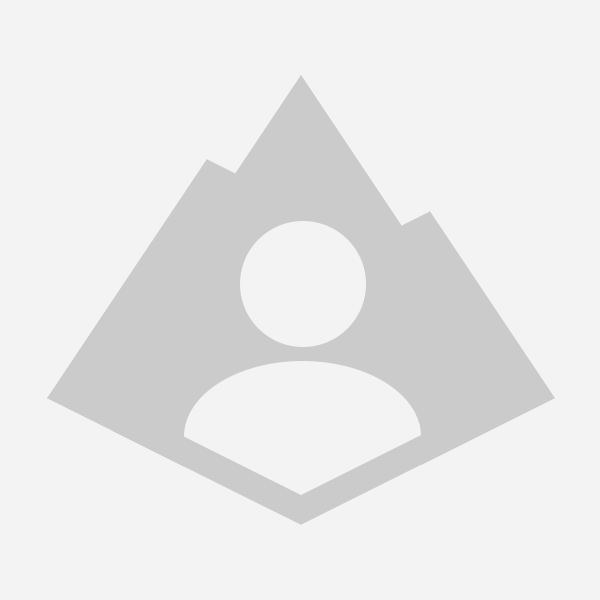 Started out early and arrived at The Basin parking at 7am. Got going at 7:17 and used gaiaGPS recorded track to locate the trail up from path. However, the sticks were gone, so I'm glad I knew where to turn off the path. Even so, I got off the path until I looked again at the previous track. There was a dusting of snow, say only an inch. Snow got a little deeper on the ascent, but was never a factor; I wore spikes all the way. I also wore my new Oboz winter boots; they were comfortable, but I have to tape my heels lower. With the wind even at low elevations, I abandoned the Flume Slide and went up to Mt Liberty. I met two overnighters coming down and a single guy caught up to me at the Franconia Ridge junction. He was trying both Flume and the Franconia Ridge to Mt. Lafayette, then down OBP and back along the road. Although there was little snow, the wind was increasing and the temperature dropping. After Mt Liberty, I also abandoned going over to Mt Flume and just came back. Total was 5:45 with about the same speed up and down. When I reached the car, the temperature had dropped to 18 deg F---much lower on top I think. I started at The Mountain trailhead off Mount Drive.
I took the first cut-off called Great Pond Loop and then the Outer Loop fork (right, CCW on map).
At the end of the Outer Loop, I took the snowmobile trail and stayed on it down the hill, across the blacktop Drury Lane with open field and house to my right, through more woods, across two open fields, and then took the wrong fork. As soon as I reached the woods after the second field, I should have taken a right turn onto a short, not-too-well-delineated path to connect to the wide path (old road) that becomes a stream bed and has blue blazes and red ribbons. I followed this, which Pete says is a property line.
The stream bed joins a driveway and enters the Rome Road at a bend about 1/3 mile from the lower Mt. Phillip parking lot. I slogged along the road to the parking lot and took the new trail to the old parking lot.
Then I did the Mt Phillip trail, RT.
I retraced my route back to the car.
There was one blowdown returning on the Great Loop Trail. It's at the last waypoint on my track. Here's a pic.
GreatPondLoopBlowdown.jpg

After walking up the short walk. The rain had swelled the brook to a raging torrent, the most I'd ever seen when we arrived on Tuesday. Early morning walk before going home. Again, had to manually add photo, due to firewall. Quite a nice view of Great Pond from the top. Parked in the new parking lot, which added 0.2 miles. For Shelly and Olive next year, better to park in the main parking lot.