Unit RED ROCK - USACOE for waterfowl covers approximately 1,023 acres, and the majority of this unit is comprised of public land. The dominant land cover for Unit RED ROCK - USACOE is emergent herbaceous wetlands. From September through December, this unit receives an average of 2.61 inches of precipitation a month and the heaviest rainfall is in September. Temperatures during hunting seasons typically range from 24°F to 64°F. 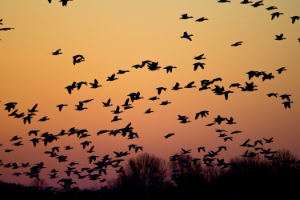 Get a discount when you purchase via gaiagps.com. Save 10% off your first year on a Premium Membership.